Why Women are Building Careers in Construction 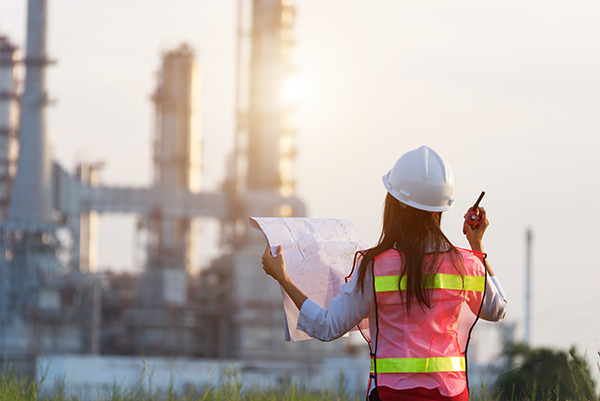 With average hourly earnings in construction exceeding $30 an hour in 2019, wages and salaries in construction are typically 10% higher than private–sector wages, according to the AGC. Wages are also rising at a faster rate than in other sectors.

There is clearly high demand for construction workers of all types. Of those more than 1.1 million women in construction, here is a breakdown of the different career paths and roles women are finding in construction, according to the NAWIC:

Even though there is a critical labor shortage with the overall unemployment rate the lowest since 1969, women in construction typically hold fewer craft positions. For example, of the 8.3 million who were employed in the field production of the construction and extraction industries in 2018, only 3.4% were women, according to the Bureau of Labor Statistics.

Building inspectors (14%), painters (7.2%) and helpers (5.6%) saw the highest participation by women in 2018, with their percentages in trades like carpet installation, carpenters, drywall hangers, and electricians landing somewhere between 1.9% and 3.7%.

However, experts say it is not only easier for women to get hired in the wake of the construction labor shortage, but there is also plenty of opportunities for advancement.

Specifically, women in the construction industry make an average of 95.7% of what a man would make doing the same job. According to the Bureau of Labor Statistics, that’s an 18% pay bump compared to other industries.

For example, average weekly earnings in 2017 for women in construction were $873 compared to $841 for men. Female construction managers earn $1,423 weekly compared to the $1,439 their male counterparts earned.

The Future is Female

For women, construction ultimately offers a lot of opportunities that most other male-dominated fields seem unable to provide for women workers.

Through all the obstacles women encounter breaking into the male-dominated construction industry, it appears that women have the potential to make great strides. Hiring more women may just be the key to helping the construction industry resolve its current labor shortage.

With construction expected to create almost 2 million new jobs by 2021, many construction firms will feel the pressure to attract, hire, and retain more women. One great way to do this is by offering industry-leading technology. For example, if you’re ready to step up to faster takeoffs, you may be ready to sign up for a 14-day, risk-free trial of PlanSwift.

Go ahead and request a free PlanSwift trial now.