What are Extraterrestrial Machines?

Kajima, a Japanese contractor is teaming up with the Japan Aerospace Exploration Agency (Jaxa) in the hopes of developing an automated construction machine that can work on construction projects on Mars and the moon. Kajima already has a system similar to this called A4CSEL or Automated Autonomous Advanced Accelerated Construction System for Safety, Efficiency, and Liability.

The new machinery being developed with Jaxa will be an extension of A4CSEL which allows its operators to control the machine from a remote location via tablets or computers as well as a GPS and accelerometer chips.

Is this Even Possible?

The system created by Kajima and Jaxa was successfully used to build dams in Fukuoka and Oita in southern Japan. Kajima said that networked bulldozers carried out “simple and repetitive” construction operations with “high precisi 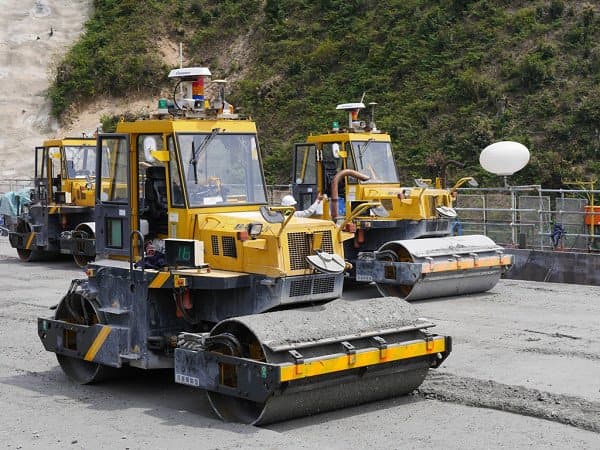 Automated construction will be revolutionary. In large civil engineering schemes the machines can compensate for a shortage of workers and help increase the worker’s productivity. A4CSEL software is being developed so that the machines can communicate with one another to avoid repeating work or crashing into each other. This is increasingly necessary because a delay in sending signals from Earth could make it difficult for the engineers to control the machines in real time.

Bill Nye the Science Guy answers the question “is this even possible” on Neil DeGrassee Tyson’s podcast. Bill pointed out a fatal flaw in the assembling process. To send mechanics like that into space we would have to make it fold like origami. The easier tactic would be to send up all of the parts and have a separate robot build it from there. This allows the equipment to be more tightly packed together so a single builder robot can build numerous rovers, habs, and other robots with one shipment.

When will it be possible?

Long before the rise of modern day robotics people were making plans to build human shelters on extraterrestrial bodies. 10 years before America even set foot on the moon the US government conducted studies trying to explore a feasible military moon base. Around the same time in 1959 the Soviets had plans to make a lunar outpost of their own.

Now half a century later and people still want the lunar lifestyle. Many companies like the European Space Agency, the Russian Federal Space Agency, and NASA have already put forward plans to build space bases. Some use 3D printing technology to bring their visions to life, others have plans of their own.

NASA offered $2.25 million to try and push 3D printing into the new century just this last year. The winner, named Ice House, uses Mars’ abundance of subsurface water ice to form  a translucent and radiation protective skin inside the inflatable membrane. Other companies have used loose soil and rocks to construct the first Moon and Martian habitats.

The principal researcher at the Kajima Technical Research Institute, Satoru Miura, told Nikkei Asian Review “If we succeed in building automated machinery, we can transfer the technology to engineering works on the ground.”

An indoor experiment of A4CSEL will be conducted sometime after April of 2017 at Jaxa’s Sagamihara Campus in the South of Tokyo. If everything goes according to plan the software and hardware will be ready to use in the next 15 to 25 years.