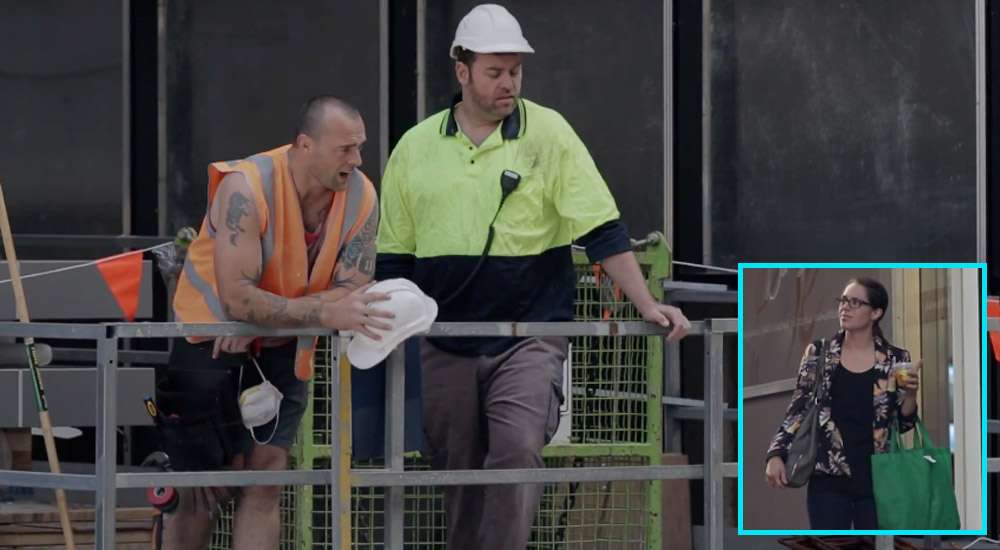 For most people, catcalling is just something you see in the movies. A construction worker yelling at a woman across the street or a group of guys whistling as a woman walks past but catcalling isn’t just something that happens on the big screen. The truth is that a woman will avoid walking by construction sites if given the option, especially if she’s by herself. If she can’t avoid them there’s a decent chance that she’ll be objectified, having vulgar or rude words thrown at her.

For some places, this is the norm. For others it’s a stereotype. One construction site in particular decided to show the world that they think differently and has banned catcalling of any kind. A picture of a sign at the site in Miraflores, Peru was posted on Facebook and has been shared over 300 times with more than 3,000 likes. The sign reads “At this construction site, we don’t whistle at women and we are against sexual street harassment.” The response has been mostly positive.

“I love it! I remember we always had to cross the street just to avoid walking by a construction site.” -Adriana Lucia

“Good. I applaud that because I won’t be afraid when I walk by these sites…” -Gisella Laynes
Some people, are less than sympathetic towards the situation.
“LOL! Wait and see, it will soon be forbidden to watch women as they walk down the street.” -Liler Vasquez

“LOL! But when women are the ones who harass, on one says a single word.” -Eduardo Antonio Cesti
Juan Enrique Huamani, the man in charge of security issues at the construction site, told Global Voices “Here at the construction site, we get lectured about how to behave ourselves. This makes us aware that we all have mothers, daughters, sisters, and no one here would be pleased to know that they have to endure obscenities merely by dint of walking by the street. That’s why we want to raise awareness and let everybody know how we feel and act.”