Bulldoze and Build new VS. Remodel – Which is better? 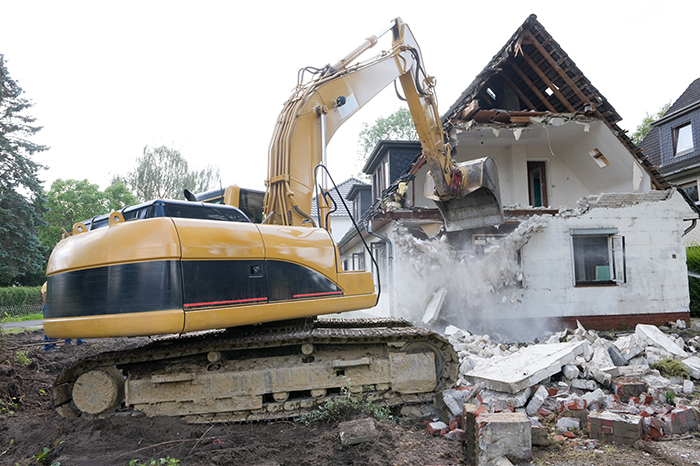 It’s an age old question, is it better to bulldoze and build new or is it better to remodel? There’s an almost endless list of opinions listed all over the internet, so how can you know for sure? In this article, PlanSwift researches all the possibilities to help you make an educated decision when taking on a new project and gives friendly advice on the best option for your business.

Would you remodel? Or would you build new? Tell us your experience.

Remodeling a home you already own:

Remodeling has a very large scale ranging from just fixing up a couple rooms, to a top-to-bottom remodel it all depends on the house. If you’re just updating a few rooms like the kitchen and bathroom, the cost is estimated to be under $100,000 though increasing the budget to $150,000 would make the budgeting process a little less stringent.

Most people assume remodeling is less expensive than building a new house for historical reasons. Larry Greene, president of Case Design/Remodeling in Indiana said, “Some older houses are made with higher-quality wood and have some finishing touches that you can’t replicate today.” This is only true if you already own the house though, there’s no telling if the fixer upper you might buy is going to be pricey or not.

Buying a Fixer-upper to Remodel:

Buying a fixer-upper house can end up costing more per square foot before remodeling than building from scratch. The 2016 Paragon Real Estate Analysis reported that the average cost of a San Francisco fixer-upper before remodeling was $920,000. In 2017, buying or building your own San Francisco house is not affordable for someone making less than a six-figure income.

There’s a common assumption that remodeling a house is less expensive in a historical sense, this is true when you already own the house. Tim Bakke, co-founder of The Plan Collection, a website dedicated to house plans said “While there are many homes and historical buildings that are 100, 200, or more years old and still in good condition, typically homes more than 75 years old or so need a critical eye, they need to have been very well taken care of.”

If money is a big concern for you, rebuilding can be a more affordable route to take, depending on how much work your home needs. Larry Greene, president of Case Design/Remodeling in Indiana said, “A teardown will allow you to build with modern materials and your home will likely be much more energy-efficient.”

If you own a historical home or live in a historical district you will need to get permission from your state or local regulator or from your local historic preservation commission to tear down your house, even if you own it.

When should I consider REMODELING instead of rebuilding?
If you already own a home with potential in a neighborhood you like and would rather invest money in your home rather than in closing/moving costs. If there are no available building lots in your desired neighborhood. If property values are rising or home value is not at it’s peak.

When should I consider REBUILDING instead of remodeling?
If the cost of remodeling your home would outweigh the resale value or if building lots are available in your desired neighborhood.

Which would cost less remodeling or rebuilding?
Overall, remodeling will cost you less than starting from scratch.

Which is more environmentally friendly?
Building from scratch allows more control over energy consumption and newer buildings built with energy efficiency in mind reduce energy costs in the long run.