What are Artificial Reefs? 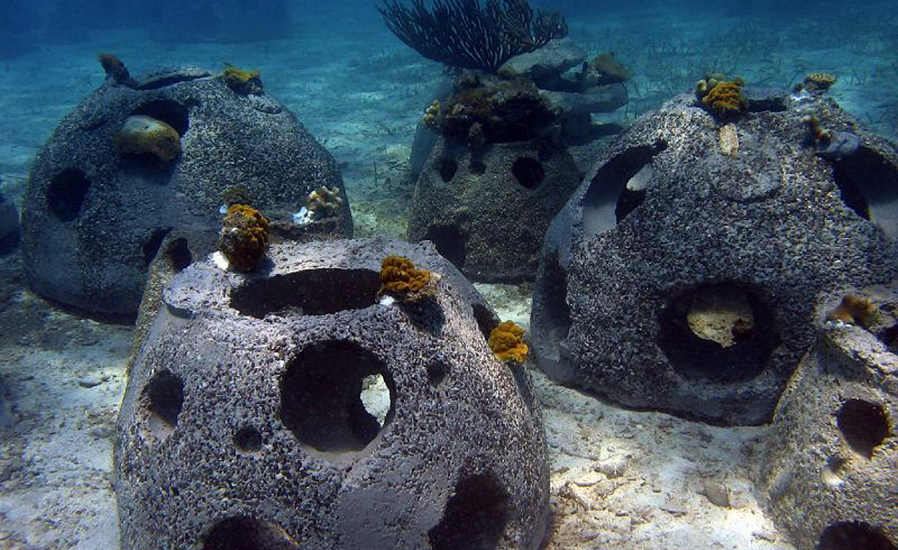 What are artificial reefs?

Artificial reefs are human made underwater structures built to promote marine life in areas with a generally featureless bottom, to control erosion, block ship passage, or improve surfing. Though most of the artificial reefs are created from submerged ships.

Artificial reefs can also be created from oil and gas platforms, lighthouses, or bridges. Often other types of offshore structures are used as artificial reefs as well.

The artificial reefs are economically focused and the structures are quickly becoming home to many species. Some are even becoming spawning grounds for invasive species like the Orange-cup coral.

Why use artificial reefs?

A 90 year old seawall that’s needed to protect the roadways close to the river had greatly deteriorated and was at a “near failure stage” according to Ray Mathur Construction and Engineering. The city of Palmetto discussed the possibility of an artificial reef to enhance the deteriorating wildlife.

Artificial reefs enhance the habitat for reef organisms like various types of corals and the fish/invertebrates that live and feed off of them.

How do artificial reefs effect the environment?

The submerged part of each artificial reef will attract oysters that remove pollutants from the water. This will attract more fish to create a thriving habitat.

Artificial reefs create a habitat for a number of different species of marine life, which makes them a popular tourist/diver spot. On a natural reef humans have the potential to damage and kill parts of the reef just by touching it. With artificial reefs being made from concrete or stone people can safely interact with the wildlife without damaging the reef itself.

The reefs help in an economical sense too. By creating a habitat for marine life they’re also creating a popular tourist attraction, which helps stimulate the economy.

Artificial reefs can negatively affect the environment in the same way it helps. By causing more overall visitation to certain areas people can scare off the wildlife as well as damage the natural life living there like algae, crabs, and snails around the structure.

How do artificial reefs work?

To make the waves peel, the artificial reef has to be set at an angle to the incoming waves. They reach a conditioning platform which imposes a gradual incline on the seabed, effectively drawing in wave energy and building thee wave height.

The platform then directs the waves onto a breaking segment. A ridge with a steep gradient that makes the waves break and the waves should peel to the right of 50 to 100m and be up to twice the normal height.

The Manatee River is getting a brand new look. Pedestrians looking down on the river from the seawall will be able to see the new artificial reefs being installed and be able to interact with marine life.

Todd Barber, a man working for the Reef Ball Foundation that designed the concrete reefs, was quoted saying “It will be like viewing an aquarium.”

The seawall being replaced has been beaten down and worn out with decades of waves rusting the rebar and taking out chunks of the concrete. The artificial reefs are said to protect the rebuilt seawall by minimizing the wave action.

Download your FREE 14 Day Trial of PlanSwift, the number one takeoff and estimating software.